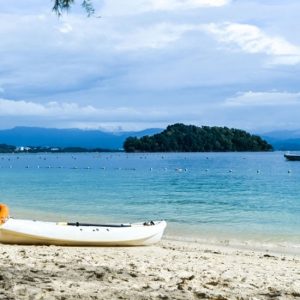 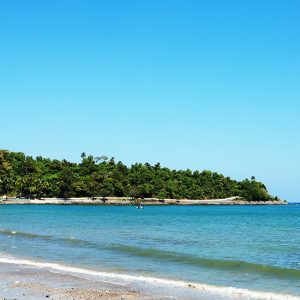 Cellular Jail is located near the main city, Port Blair. You can reach there with multiple transportation options available such as buses, taxies and autos at all times. It’s open for tourists with nominal charges at the entrance and you can also get a guide at the entrance, they will explain to you the rare facts and stories about the jail so that you don’t miss out on anything important about the place.

Cellular Jail was earlier called a “Kalapaani” because all around the jail was covered by the sea and hence no prisoner could ever try to escape.

Thank you! We will get back to you on this,

Cellular Jail is a must-visit place for any new tourist arriving at Port Blair for its unmatch-able aura and history behind it. Kalpaani has a very miserable past. The Jail has been built in the year of 1900s. It consists of 696 cells that spread in 7 wings, this jail sends heart-breaking and unimaginable stories when they visit it. It was the largest jail in Asia at that time and also holds a very deep connection to India’s freedom struggle and martyred freedom fighters. The British soldiers have tortured the prisoners mentally and physically with brutal punishments. The everyday life of a prisoner is like more than hell without any communication to the outside world.

Punishments such as The Cellular Jail prisoners were manually expected to extract out 3 liters of oil from coconuts and seeds. Even an Oxen can extract only about 2 liters of oil a day.

The construction was started around the year 1896 and completed by 1906. The construction materials were brought from Burma (Myanmar). It is a very huge jail with numerous cells and each cell was measured at 15×8 in size with a ventilator open at a height of 3 meters. Only the Peepal tree, that stands tall even today at Jail, who is the sole witness of the torture that unfolded years ago. Out of 7 wings, the front of one wing faced the back of another to avoid any communication between the prisoners.

Veer Savarkar is a freedom fighter and formed an organization called ‘Free India Society’ to fight against Britishers for freedom. Savarkar, when aged 28, was convicted and sentenced to 50-years imprisonment in the year of 1911. Later it has been reduced to 27 years of imprisonment in different jails such as 10 years in Cellular Jail, 4 years in Ratnagiri, and 13 years under house arrest. Veer Savarkar is still a role model for many Indians and is respected for all his efforts went through during the freedom fight.

Things to be Considered

The Central Jail closes at 5:00 PM.
The number of tickets for light shows is limited. So inform us in advance to book the tickets to avoid a last-minute rush.
The weather usually will be hot and humid during the day so we suggest wearing some loose cotton clothes.
You can avoid carrying snacks because there will be multiple stores to get any snacks around.
The camera can be allowed inside with nominal charges to be paid at the entrance.

There are no reviews yet.